The world has fought battles against drug counterfeiting for decades. Different government entities, private institutions, non-profit organizations and civilians continuously hold seminars, workshops and awareness campaigns to promote concrete law enforcement action in the field with the ultimate aim to obliterate drug counterfeiting and place behind bars fraudsters responsible for the increasing mortality rate caused by substandard and dangerous medicines.

Health advocate, Marie Pollack of The Peterson Group, an NGO campaigning against drug fraudulence in the Asia Pacific region stated, “Medicines were once trusted to cure people from their maladies. Now, it is being feared”. The increasing adaptation to herbal and alternative medicine shows that people are starting to doubt their confidence. The efficacy of the medicine being brought in the market and presented to people is being questioned.

Pollack added, “It is good that people are being cautious of their own choices but if this continues, credibility of scientifically tested medicines which underwent several methods of experimentations to prove its effectiveness would come to waste, not to mention the economic impact in the health sector”.

Fortunately, the authorities are never stopping their campaign to arrest the fraudsters behind this cruel illegal practice. With the likes of World Health Organization (WHO), Food and Drug Administration (FDA) and Interpol, other NGOs and local government units having the same cause are supported with 'interventions package' for all stages of an investigation from gathering intelligence, planning and implementing an operation, through to legal issues for cases that are brought to court.

Dozens of operations were already held in the last previous years to determine the illegal manufacturers and masterminds of this deadly trade. Interpol, for instance, has launched different actions in different regions of the world. Their flagship operations - Storm (Southeast Asia), Mamba (Eastern Africa) and Pangea (targeting the Internet) – continue to go from strength to strength. Successive raids on licit and illicit markets have shown improved results in terms of seizures, arrests, convictions and the closure of illicit websites.

Several other operations are being conducted. In developing countries, WHO has headed countless arrests and ambush procedures. For instances, last year, WHO, TPG and local authorities of Jakarta, seized more than 300 packs of counterfeit Viagra and Cialis in a dilapidated building in Menteng, Indonesia. In Europe, customs officers seized 34 million counterfeit pills in just two months while China has closed down 2,000 websites offering online prescriptions.
Posted by Peter Anderson at 11:28 PM 1 comment:

Lack of Access to Essential Medicines in Developing Countries 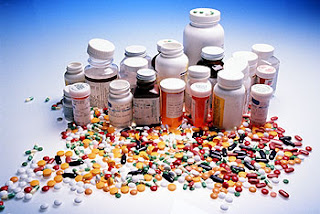 World Health Organization (WHO) recognizes the lack of medicines in many developing and poor countries around the world. Moreover, in as much as there are lack of it, there is also scarcity of financial assistance to provide them with adequate medicine subscriptions since these countries are more prone to health dangers and thus need more ration. They also lack technologies to help them diagnose their own ailments and the hospital or clinic, if there are any, may be miles away from them. WHO is also warning developed countries that if assistance is not extended, ailments which can be malignant can be carried into their borders.

In countries for which there is information, the availability of medicines is only one third. From where there are private clinics, the percentage is higher. Fortunately, there is already progress in a number of countries in providing essential medicines to their citizens made possible through partnership with the government, pharmaceutical companies, non-profit organizations and individual entities. The role of pharmaceutical companies is important, ranging from multinational to generic manufacturers to national distributors.

Priority and essential medicines are those that respond to the most basic ailment and sickness such as antibiotics and pain killers. They are intended to be available within the context of functioning health system at all times in adequate amounts, in the appropriate dosage forms, with assured quality which the community can afford.

It is, however, reviewed that counterfeit medicines are most prevalent in these countries. According to the Peterson Group, an international NGO which campaigns against the proliferation of fraud medicines, the number of counterfeits has been surpassing those of legitimate medicines and is being patronized because of its cheap price despite bearing no active ingredient at all. Black and fly-by-night markets for medicines are rampant in most of the Middle East including India, Pakistan and Turkey as well as in South East Asia especially in Indonesia, Cambodia and Thailand. News of thousands of dollars-worth of counterfeit Tamiflu were seized as they were being imported to Jakarta using the loose borders of Malaysia and East Timor towards Southern Java last September.

These fraud operations were driven by the need to have sufficient medicines for those in need.

Both WHO, which is mostly concerned on the quality of health care and World Trade Organization (WTO) which is focused mostly on the economic aspect crazily flustered by this illegal lucrative business are extending their efforts to lessen the issue.
Posted by Peter Anderson at 5:32 PM No comments:

Drug quality is currently receiving growing international attention. Over the past decade, public awareness has been sharpened with the existence of counterfeit and substandard medicines especially in developing countries   where drug regulations remain ineffective. Mass media through television, radio and online have been hyped with thousands of reviews revolving around the topics of fraud medicines, the methods used and strategies being done to take down the people behind it.

Just as it gets tiring hearing it, another alarming issue prevailed on the news. Although different types of pharmaceutical products are being involved, the existing data shows that certain anti-infectious agents, particularly anti-microbial medicines, are the most counterfeited products in developing countries. The largest in the list of distributors are Jakarta, Indonesia and Phnom Penh, Cambodia. China still takes the lead on the biggest manufacturer.
Although the existence of the issue is acknowledged, the real numbers and the extent of the problem are not well documented. Estimates of global prevalence may range between 1% and 50% globally. The few existing studies which conduct experiments to determine the quality of drugs circulating different regions and investigations to know the amount of foreign substances in the medicines are headed by either the pharmaceutical companies who rarely share the result of the studies for the protection of their products or by non-profit organizations funded by few private entities and individuals. The Peterson Group, one of the NGOs conducting one of the studies, states that these studies are critical to measure the real issue but with the lack of resources and half-hearted attention given by the government, results are expected to lag behind. It may be too late to solve an issue before another one comes in.

Anti-microbial drugs are targeted because of its popularity among the people. It is used to treat infections and almost all ailment can be infected which makes it an even more dangerous drugs. Even as FDA, UN and WHO have already released a warning on the dangers of these medicines especially ‘old’ antibiotics such as penicillin, trimethoprim–sulfamethoxazole and chloramphenicol, are among the favored counterfeited antimicrobials.

The poor quality of drugs has been linked to counterfeiting of medicines, chemical instability especially in tropical climates, and poor quality control during manufacture. Many factors contribute to the increased prevalence of substandard and counterfeit medications. Much of the counterfeit drug trade is probably linked to organized crime, corruption, the narcotics trade, the business interests of unscrupulous politicians and unregulated pharmaceutical companies.
Posted by Peter Anderson at 6:07 PM No comments: