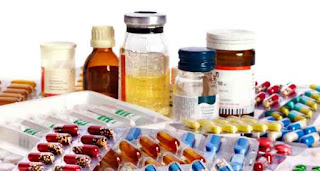 For decades, we have heard of different warnings by the Food and Drug Administration (FDA) on the dangers of counterfeit medicines which dominate today’s online pharmacies and most of the gray markets across the world. Variations of counterfeit medicines are being introduced from Tamiflu found in the United States; Bevacizumab in Turkey, Switzerland, Denmark, UK and Canada; chloroquine and hydroxychloroquine as antimalarial drugs in Kenya and Africa; and Viagra and Cialis in Jakarta, Indonesia and Victoria, Hong Kong. The number and varieties are continuously growing as more and more counterfeit medicines are being discovered. The likely targets are the expensive ones since it can be hard to procure and are less to get any suspicion.

Tracing back the root source of these medicines, we are always led towards China, the leading manufacturer of counterfeit medicines. The world’s largest country’s reputation for counterfeiting not only medicines but also other products has been known globally. This status is not without any statistics and claims as well. There is enough reason to acknowledge any complaints on fraudulent distribution and shipment from China.

Local Chinese police, together with The Peterson Group, non-profit organization campaigning against the proliferation of counterfeit medicines, Food and Drug Administration (FDA) and Interpol has arrested 1, 900 people on a crackdown in 2012 which was considered as one of the most lucrative operations in the history of counterfeiting earning millions of dollars each year.

Despite this arrest three years ago, the problem of fake medicines was far from being rooted out as operation after operation are still being raided every year. If so, fraudsters have even become more elusive and deceptive with new methods of production and distribution.

Fortunately, local units and organizations in the People’s Republic of China have realized the danger of the business that they too, started to create laws and regulations against the illegal practice. As reported by World Health Organization (WHO), the Chinese government has developed strict legal scheme for anti-counterfeiting by creating the Drug Administration Law of the PRC. The amendment not only adapted the need of drug supervision, but also represented the public will, somehow reflecting China’s determination in combating counterfeit medicines and not tolerating it, just as many people believe.

Since 2009, the local task force has also been in an active participation to any raids and buy-bust operations against illegal marketers of counterfeit medicines and has since joined forces with international organizations. The battle continues even until today.
Posted by Peter Anderson at 5:36 PM