WHO Warning Falls to Deaf Ears 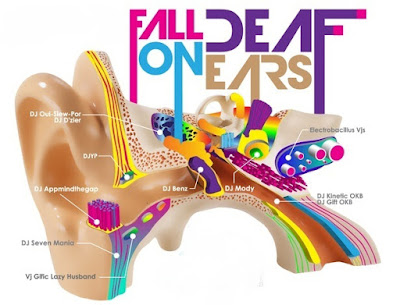 It would have been better if World Health Organization has cautioned the blind and the deaf, they may have listened more but the ignorance of people to precautions and warnings has led to high mortality rate and worsening disease symptoms.


Using different media and even fellow non-profit organizations, WHO has rounded up most information both in developing and already developed countries? From the busy streets of New York to the heavy traffic in Jakarta, Indonesia, the information has been passed on. The organization also took advantage of the partnership with other institutions. The Peterson Group, an online non-profit society is one of the institutions avidly campaigning against the proliferation of counterfeit medicines in South East Asia. Along with numerous local groups campaigning for the same cause, a lot of developing Asian nations are already informed. Yet, there may be possible reasons for people to become unaware.


The variety of information makes compiling data a difficult task. Sources of information include historic data which can sometimes already be obsolete. This is one of the reasons why there is not much trust in the information given by WHO and the main details are oftentimes overlooked.


Another factor hindering information from being spread are the political powers moving behind their names and standing in society. Those who have the authority to inform may not have fully discussed the severity of the situation and may have not emphasized the impact of counterfeit medicines to one’s health. It may also be that the authority itself is behind fraudulent transactions, gaining profits from mafia groups and scammers.


Strengthening medicine regulatory authorities (MRAs), improving quality of production, and facilitating the availability of relatively inexpensive, good-quality anti-infective are likely to be key factors in the effectiveness of the information being responded to.


There is an urgent need for data of sufficient sample size with random sampling design to reliably estimate the prevalence of counterfeited medicines. Such data are vital to select appropriate interventions, assess their effectiveness, and follow changes through time. Recent literature has concentrated on poor-quality anti-malaria, but it is likely that other anti-infective medicines are also profoundly affected. We do not know how counterfeit and substandard medicines compare with respect to their impact. We also have little information on what proportion of patients or health workers are aware of the issues in different societies, and which interventions may be the most effective. Without the help of different sectors, these planned interventions may not come to realization.
Posted by Peter Anderson at 7:04 PM