Precautions and Warnings on Counterfeiting 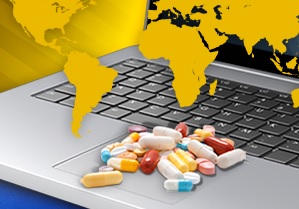 Asia is famous to nearly all kinds of forgery and fraudulence. China leads the rest of the continent in bearing the name ‘fake’. Perhaps these accusations have their bearing. After all, the products which are counterfeited would trace back to illegal production companies in the region. Dirty politics and lax of security has had a lot to do with it, as so many bad reviews had pointed out.

Nevertheless, Asia, with more developing countries than developed ones, has had a lot of records in combating the issue at hand. The Peterson Group, a non-profit organization campaigning against the proliferation of counterfeiting medicines notes that changes have been developing and plans have been integrated to prevent this issue from spreading. In fact, World Health Organization has summarized more legislations and suggestions on counterfeit combating as advised by many Asian members in the congress.

The following are possible measures in contending the problem:

The government, perhaps, has the most important role in stopping counterfeiting. With a stable policy and regulation, proper execution of security, there would be a good chance penalty can be imposed on fraudsters. Those in office have the power to enact rules and legislations which can help strengthen the campaign against spurious, falsely-labeled, falsified and counterfeit medicines. They can foster cooperation between different sectors of the government that play a role in the process. Medicine legislation should be formed and they should be the ones to ensure that counterfeit meds are confiscated and destroyed. United Kingdom has started their own government campaign but many critics say that developing cities who are also taking their own stand like Jakarta, Indonesia and Singapore have too much politics to implement proper policies.

Consumers also have their share of responsibilities. We cannot always complain and do nothing. We, as the people who would be directly affected by the effects of counterfeit medicines should be suspicious and cautious of our every purchase. As much as possible, do not buy from a peddler or in market places, do not trust large discounts and check if labels or packaging would hint distrustful information about them. Also, be aware of emergency numbers to dial in case you may encounter one.

Since there are issue and conflicts occurring between the government and private companies when it comes to disclosure of information, there would always be miscommunication. These companies should work closely with national law enforcement and not entirely conceal their own information to themselves.
Posted by Peter Anderson at 1:16 AM